The People Behind The Magic 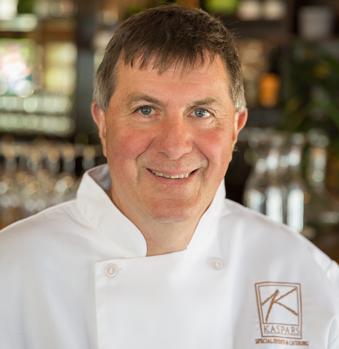 A Swiss native, Kaspar Donier began his formal training as a 16-year-old chef apprentice at Zurich’s Hilton Hotel. His culinary intuition and creative genius were rewarded with successive appointments at the Suvretta House in St. Moritz, the five-star Beau Rivage in Lausanne, and a position with Hilton Worldwide as Chef Gardemanger of The Hotel Vancouver where he met his future wife, Nancy.

Kaspar became chef saucier at The Four Seasons Hotel Vancouver, where he quickly moved up the ranks to sous chef and then executive sous chef. Eventually, he was offered the position of executive chef of the Four Seasons’ Inn on the Park in Houston.

In Houston, Kaspar supervised the menu planning and food preparation for the Four Seasons Hotel. That's when he and Nancy began fine-tuning a business model for their dream restaurant.

Kaspar and Nancy returned to the Pacific Northwest in 1989 to open a restaurant of their own, featuring Kaspar’s unique culinary signature. In 2005 Kaspar’s Restaurant became Kaspars Catering & Events, offering the same innovative and celebrated food and service that Seattle had come to love. 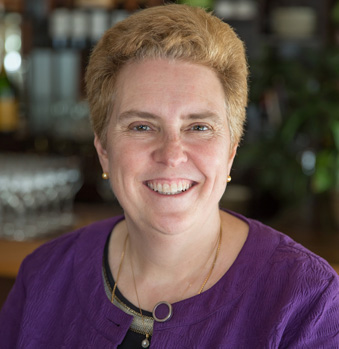 Owner and Everything Else!

Nancy began working in The Hotel Vancouver’s accounting office managing the planning and budgeting of banquets and events when she met Kaspar. She later joined the respected accounting firm KPMG to work with catering businesses and upscale restaurateurs.

After getting married, Nancy embraced adventure and moved to Texas after Kaspar was offered the position of executive chef of the Four Seasons Houston. While there, she earned her accreditation as a certified public accountant. Soon thereafter, she and Kaspar began fine-tuning a business model for their dream restaurant. They returned to the Pacific Northwest to open their restaurant, utilizing Nancy’s organizational expertise.

When not producing memorable events, Nancy loves to spend time with her friends and daughters, Wendy and Liza. She enjoys traveling and staying up-to-date on catering trends for your next special event. 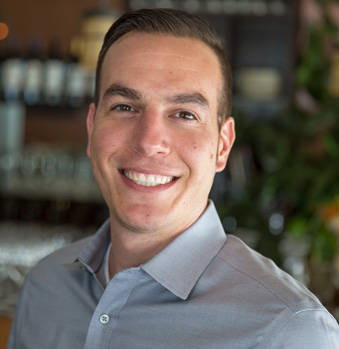 Anthony is melding the historic Kaspars' name with new and exciting trends in catering. He grew up in the hospitality business, from scraping plates at his uncle’s restaurant to growing his knowledge by graduating from the Culinary Institute of America. After many years managing restaurants in Washington, D.C., Anthony and his wife Emily moved to Seattle. He joined the Kaspars' team in 2015 and hasn’t looked back. The smaller, family-team atmosphere has driven Anthony to work harder and showcase his passion for extraordinary service and perfectly prepared local cuisine and beverages. 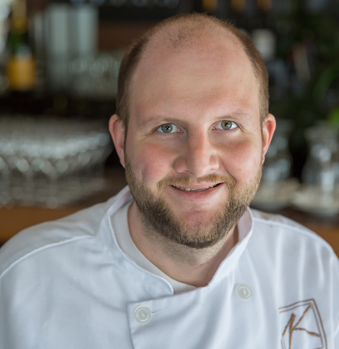 Derek is a Seattle native with a true passion for culinary arts. After taking a brief stint running the kitchen at the Facebook Campus, Derek returned to Kaspars to lead our culinary team as Chef de Cuisine. The only thing Derek likes more than cooking may only be the Seahawks! 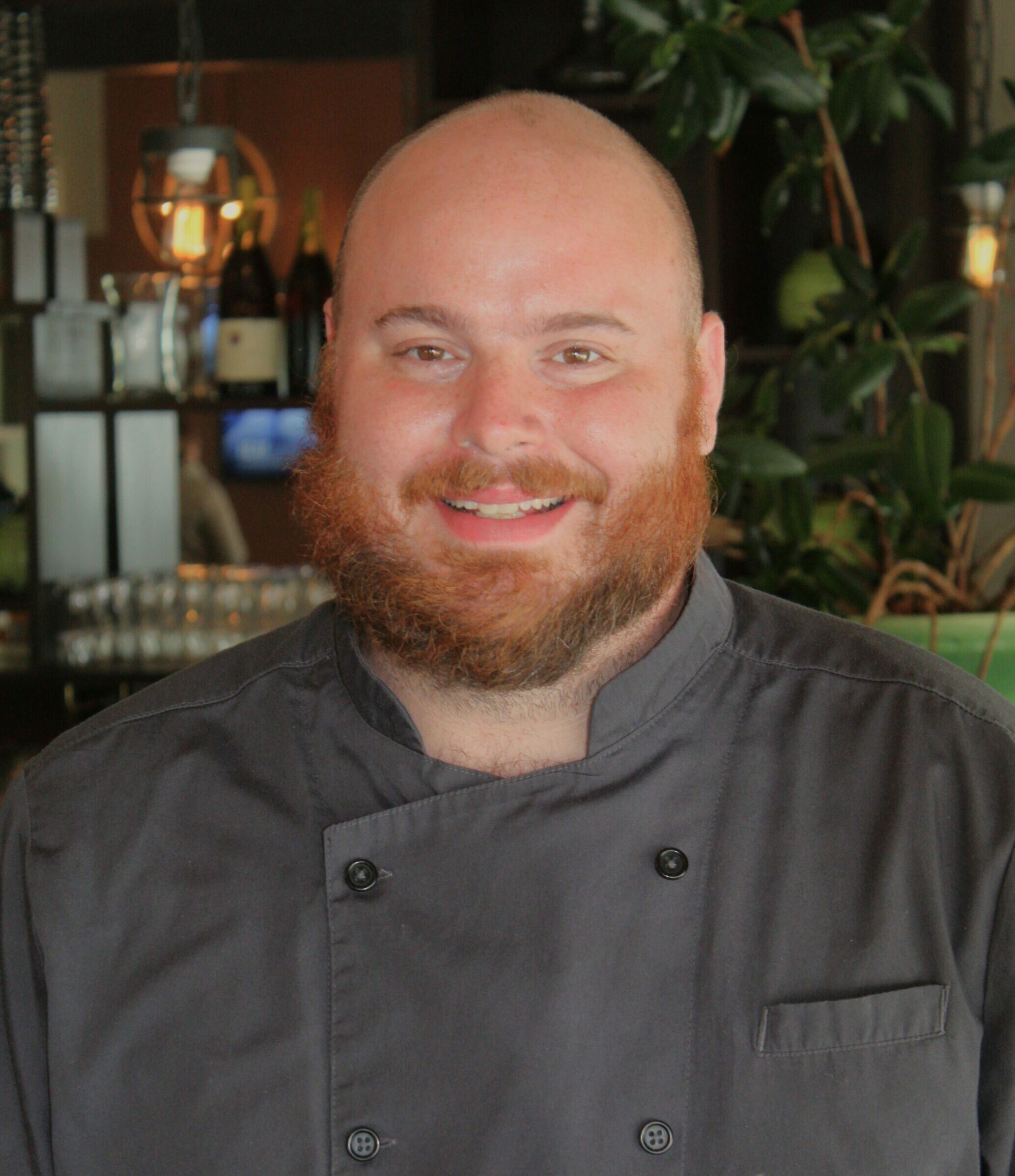 Colin is an industry veteran, born and raised just north of Seattle, with years of experience in different hospitality environments. Watching his Nana prepare meals for the family sparked his interest in food at a young age, leading him to declare to his 3rd grade class that he was going to be a chef. Colin fulfilled this calling, graduating within the top of his class at Le Cordon Bleu in Portland, Oregon. Colin has a passion for all food, but he loves to cook BBQ (and enjoy it with a local beer) and has helped open many bar-b-que restaurants in the PNW.  He has also worked in smaller, farm-to-table style restaurants all the way to the large production of food for the VIP Suites at the Lumen Field. He is excited to bring his knowledge and passion for food to our events! When not at Kaspar’s, Colin enjoys camping or hiking all the trails that the beautiful PNW has to offer with his wife and 3 dogs. 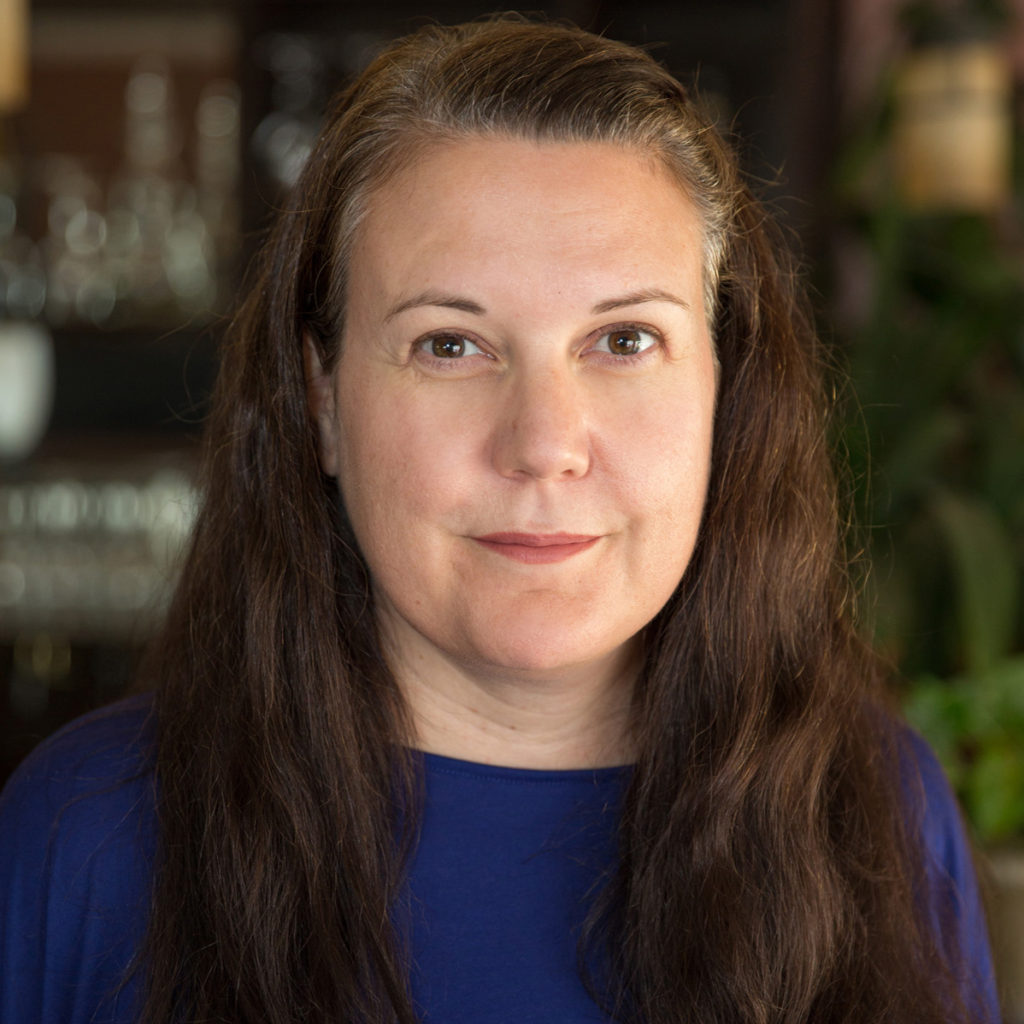 Shannon McCormick has been inspired by food before she even received her first EZ-Bake Oven. Before moving to Seattle, Shannon served as the General Manager and Senior Event Planner for a catering company in Brooklyn for 7 years where she specialized in customizing menus and events for a wide variety of clientele. Shannon is thrilled to be a part of the Kaspars team, creating memorable events that reflect each client’s vision and personality. Shannon enjoys working in new and unconventional venues and is excited to delve into the exciting new array of event spaces here in the Puget Sound region. Away from work, you will find her out exploring the beautiful parks and playgrounds of the Pacific Northwest with her daughter. 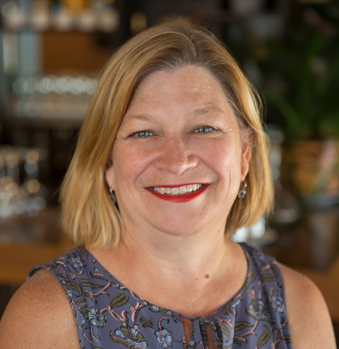 Lynne has years of experience in catering and special events for a wide variety of clientele. She has built a reputation for outstanding customer service and meticulously executed events. As a founder and former owner of one of Chicago’s leading high-end catering companies, one of her most notable clients includes a former president of the United States! Whether she is designing an intimate donor dinner for 20, a gala fundraising auction for 500, or breakfast for 6,000 corporate employees, Lynne is passionate about working closely with clients to turn their ideas into fabulously successful events. When she's not at work, Lynne loves growing tomatoes and dahlias, cooking for family and friends and trying new restaurants. 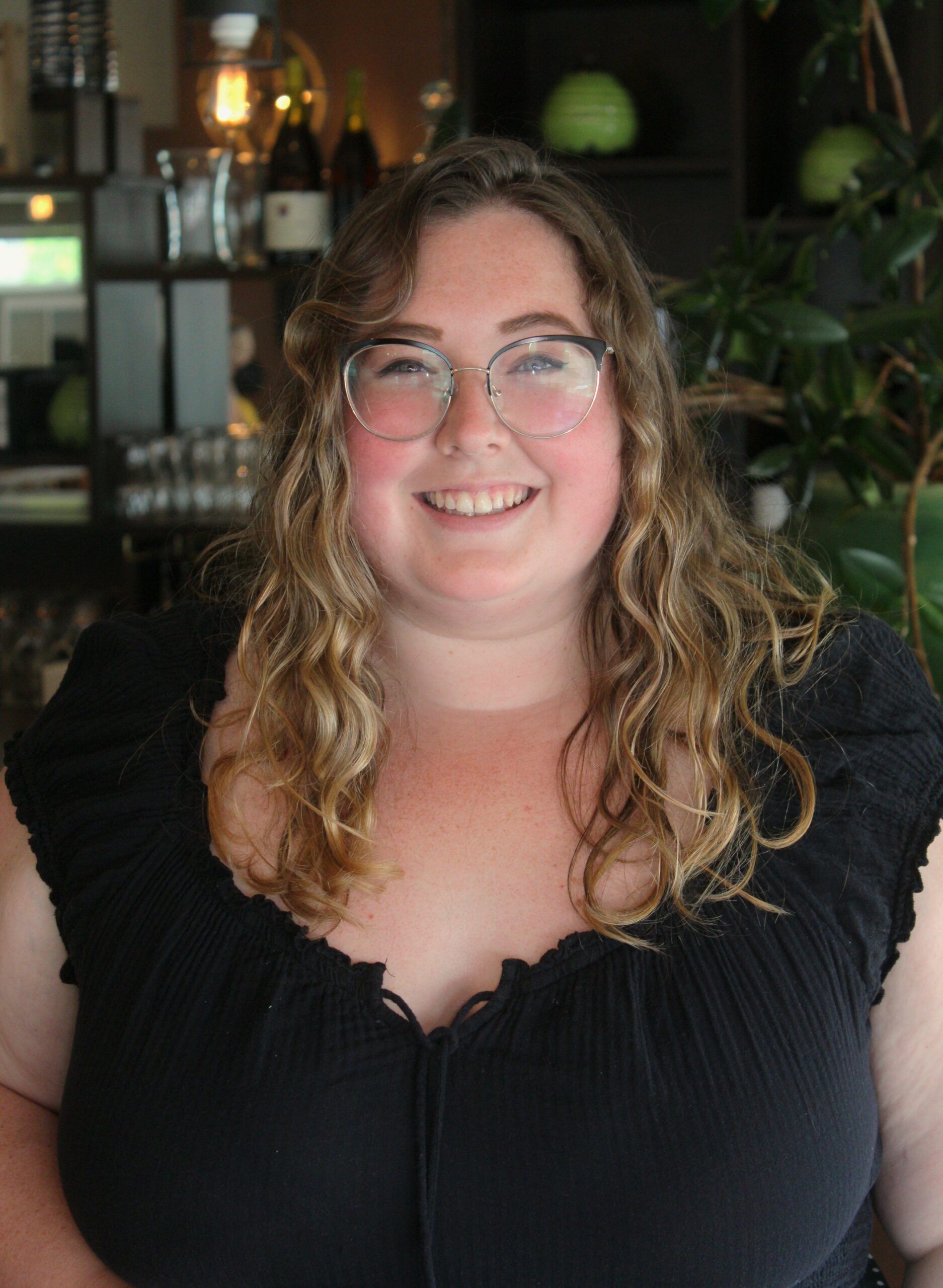 Sarah started in the world of food as a teen at her family’s Catering Company and Restaurant. She quickly immersed herself in the restaurant industry and developed an intense passion for hospitality and culinary arts as she grew her experience and knowledge. Sarah has since furthered her career researching the Pacific Northwest craft cocktail experiences as well as working as a Floor Manager and she is thrilled to be a part of the Kaspars family. When not at work, Sarah can be found hitting the trails with her dog, Zeus, experimenting in the kitchen, or spending time tending to her garden. 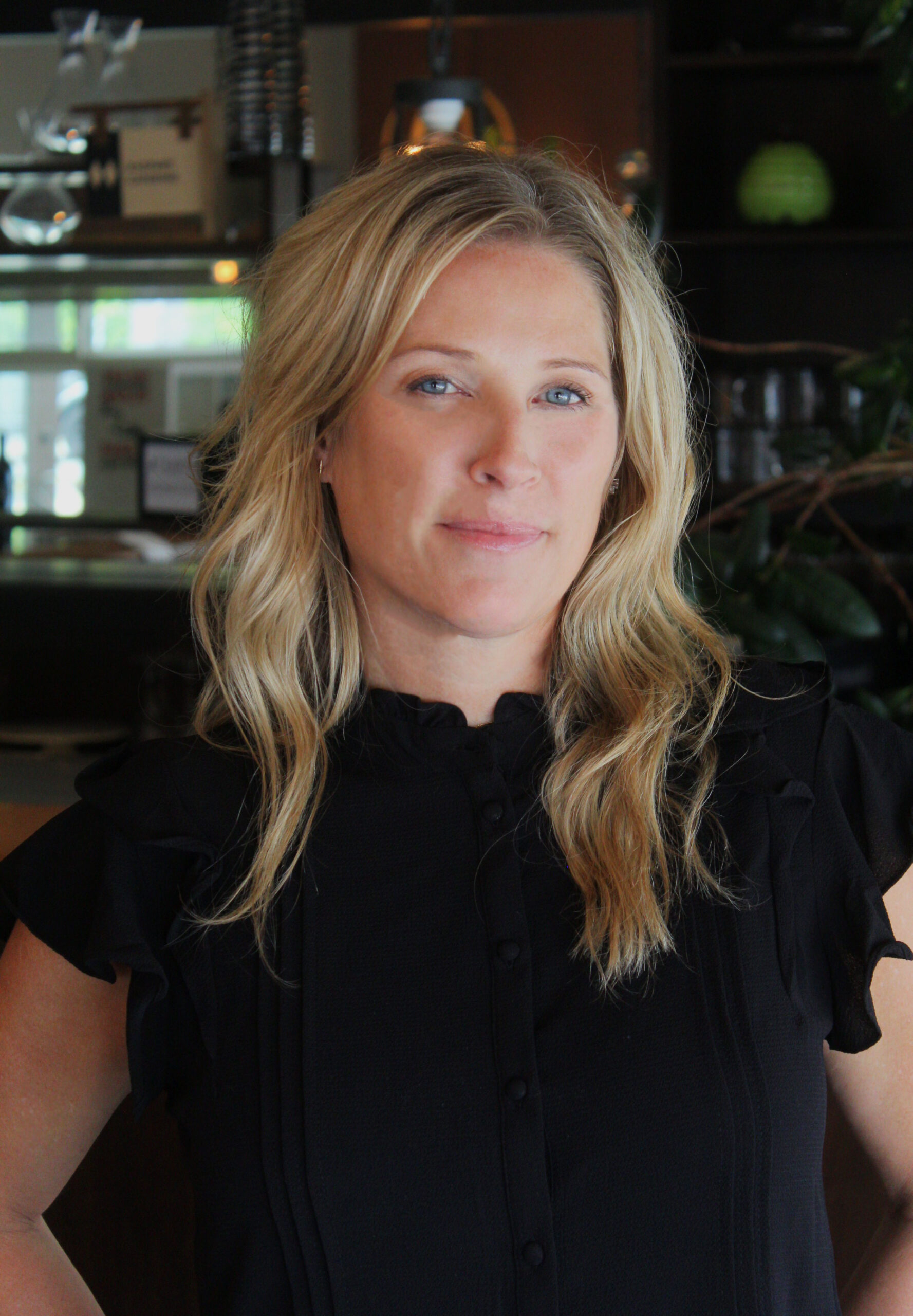 Sara was born in Alaska and moved to Hawaii and ultimately to Minneapolis to finish high school where her family's roots are.  Her love of travel and adventure brought her to Seattle to attend the University of Washington and graduate with a Psychology degree while working in restaurants. After graduation, she traveled extensively and cultivated her love for food and wine from all over the world. She continued her education with the Court of Masters Sommelier program and honed her skills in fine dining and events with various renowned restaurants in Seattle and Hawaii.  When Sara is not creating events and menus with clients for Kaspars she is creating them for her family. You may also find her cooking, paddle boarding or skiing depending on the time of year. 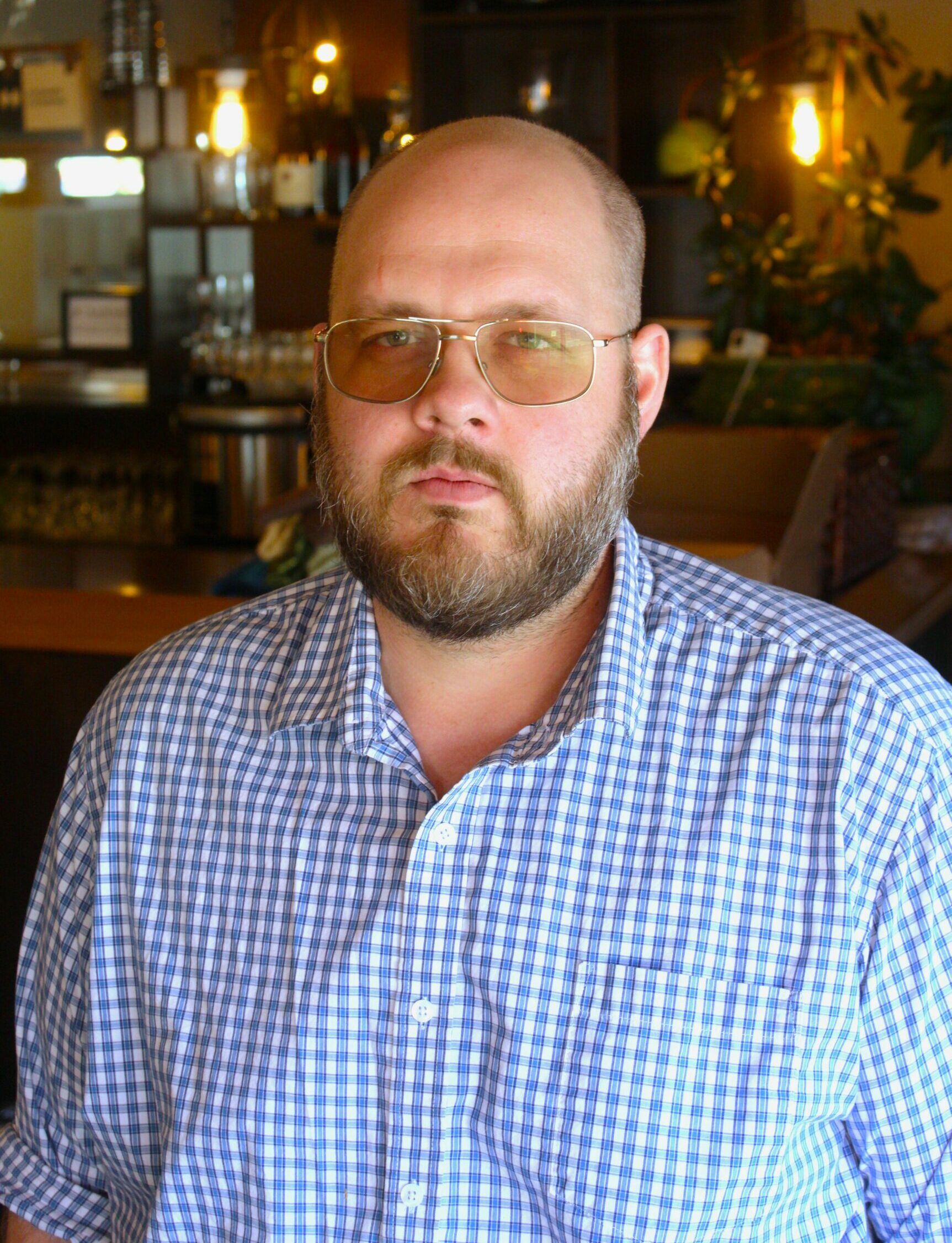 Lucas joined the Kaspars team when his world got flipped upside down due to the pandemic. He was most recently Executive Chef with Wolfgang Puck at the Chihuly Glass Museum. He decided to push his experience with a new type of position with different responsibilities and joined Kaspars as our Operations Manager. Now he gets to bring his passion for food right to our guest at the table. Outside of work, Lucas loves to cook and host his family and friends. 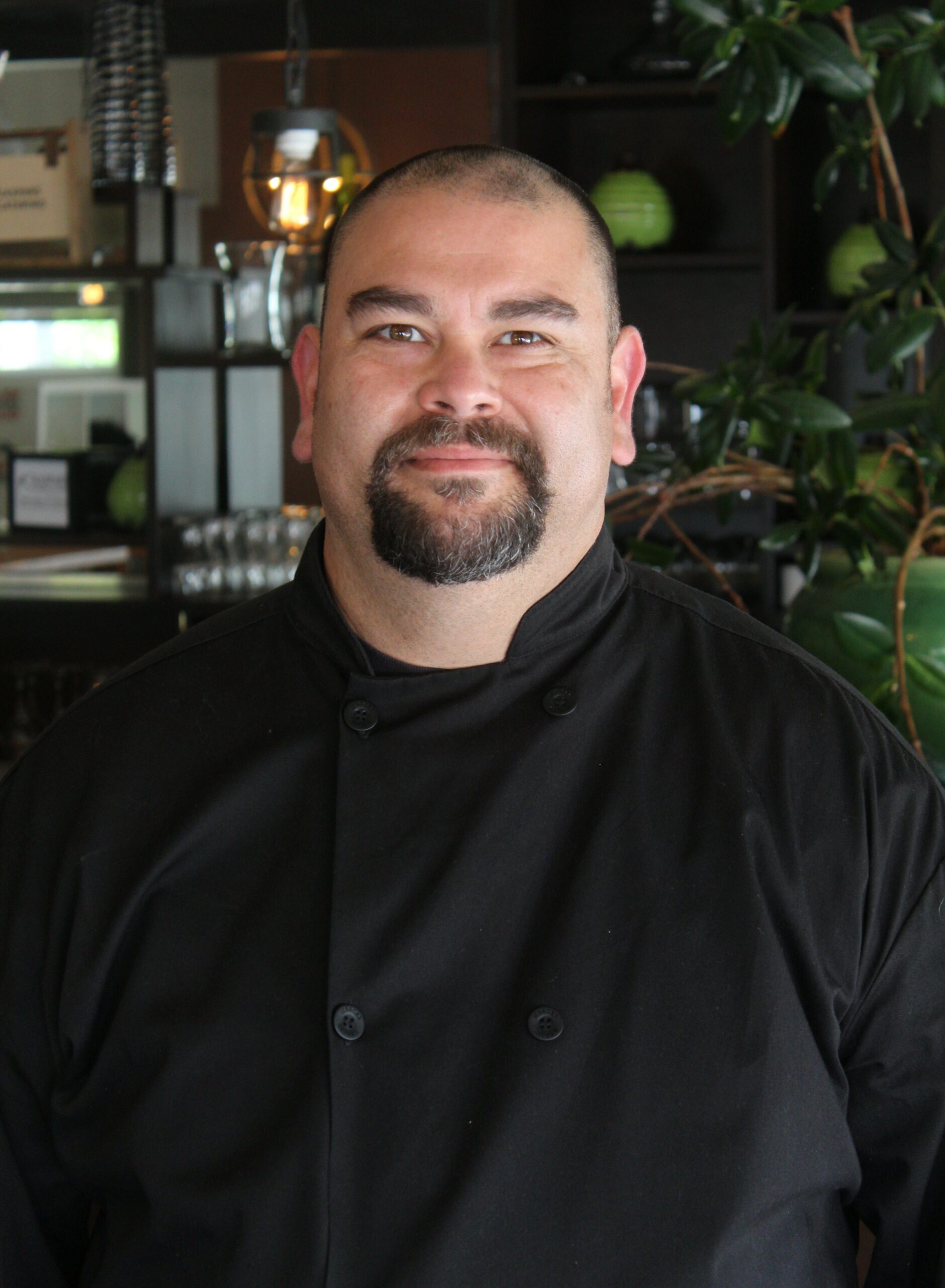 James is a seasoned veteran of the hospitality industry even though his career path didn’t start there. He started his career in medical field supply chains with almost 20 years of experience in this field. His experience lies in shipping, receiving, ordering, and organizing storerooms. The detail-oriented mindset that is required made him perfect for our Warehouse Manager position with Kaspars bringing a positive attitude, organization, and focus to our team. Outside of work, JJ loves to spend time with his family and friends and playing music, as he also has a background as a percussionist. And he is, of course, a Hawks fan… GO HAWKS!